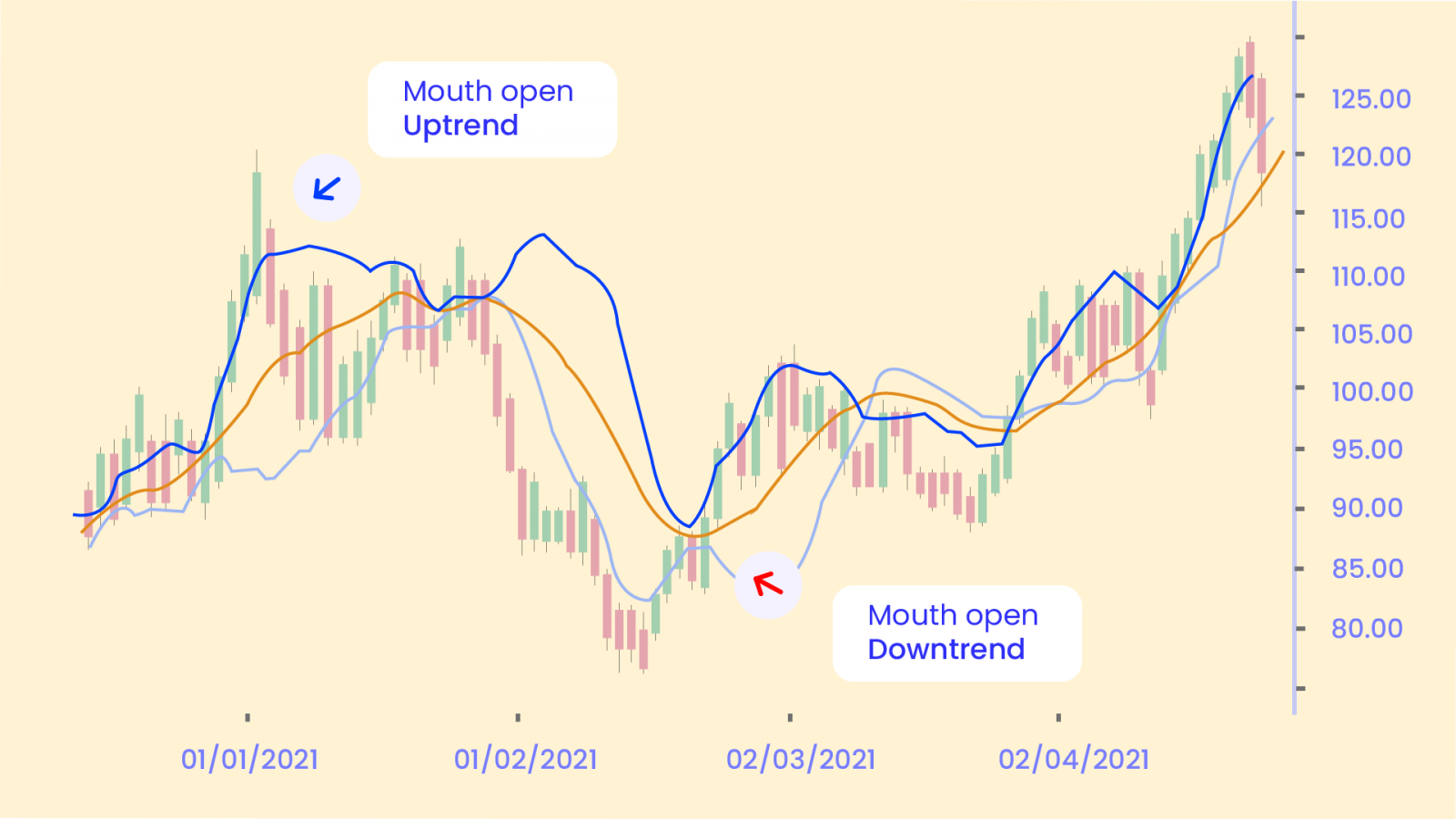 Are you a trader? And unfamiliar with the Alligator Indicator? Get ready for a surprise – in this article we are going to discuss Jaws, Teeth, Lips, and everything Alligator! Once upon a time, there was a legendary trader known as Bill Williams. His vast experience led him to develop multiple tools for technical analysis including the trend following indicator we are talking about now.

The Alligator Indicator is based on the premise that financial markets and securities trend for only 15% to 30% of the time while and grind sideways the other 70% to 85% of the time. And William believed that most traders collect most of their profits during strong trends. Well, there goes – the trend is your friend.

Williams invoked barnyard imagery to describe the indicator, noting “even a blind chicken will find its corn if it is always fed at the same time … it took us years but we have produced an indicator that lets us always keep our powder dry until we reach the blind chicken’s market.”

Okay, enough build-up. Let’s get to the point!

The Alligator is made up of 3 smoothed moving averages (SMMA) – a set 5-period, 8-period & 13-period known Jaw, Teeth & Lips of the Alligator respectively:

Interpretation of the Alligator

The MAs converge and diverge, open and close in response to the corresponding trends and trading ranges. The Lips (faster line) crossing above the other lines gives a buy signal. And if it crosses below, it gives a sell signal. The upward cross is known as the alligator “awakening” while the downward cross is known as the alligator “sleeping.” Maybe, William wanted to make his indicators more lively compared to others. Don’t believe it? There is yet another condition known as the alligator “eating with mouth wide open!” This is when the 3 lines are stretched apart & are moving either higher or lower and denotes the trending periods in which long or short positions should be maintained & managed. No, we aren’t done yet. There’s one final condition that William added. When the bands are narrow and moving in a sideways or horizontal direction, it means the trend might be coming to an end. Hence, the alligator is “sated.”

The indicator can also give many false positive signals while crisscrossing continuously. This may happen when the Alligator is sleeping aka the market is choppy and sideways. You should remain on the sidelines and observe until the Alligator awakens once more.

Finally, this brings us to the drawbacks of taming the Alligator. It is a useful visual tool for trend recognition. It can also be used for trade timing. But most of the awakening signals within large ranges fail. And this triggers whipsaws.

You may combine the Alligator indicator with another momentum-based indicator like CCI to enhance your trading experience and to get better trading signals. Say when the alligator awakes and you found that CCI has already entered the overbought area (i.e. above +100) so it’s an early indication that the uptrend is likely to continue and with speed.

Like all the moving averages, the alligator is a lagging indicator, too. Such a lag in getting a trade signal leads to a partial loss of profit. But this lag functions as a filter and helps eliminate insignificant and false signals.